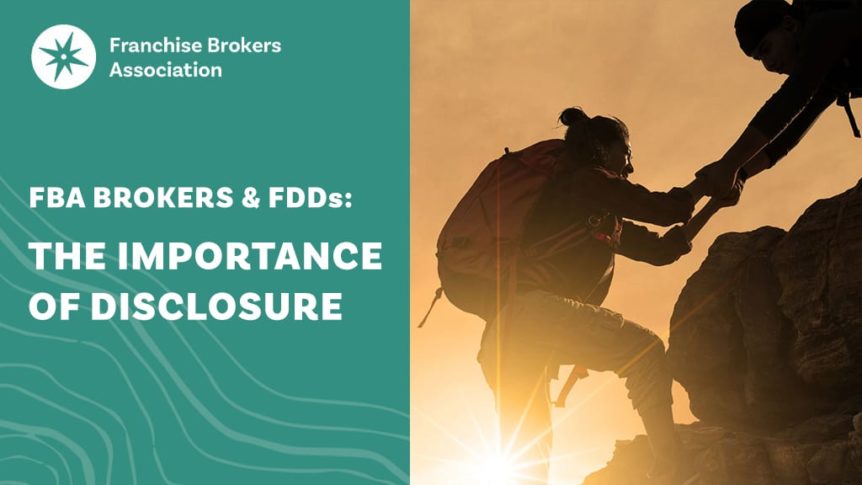 I was on the call with a franchise buyer the other day and he told me he was working with a franchise consultant already and that it had not been a good experience. He said the consultant seemed to be just pushing a lot of franchises at him and then pressuring him to talk to some of the franchise sales reps. He wanted to know why our franchise brokers would be different if he chose to work with us.

I shared the differences. Afterward, he told me he was releasing the first franchise consultant as he wanted to work with us. He mentioned that he thought the services we are providing and the methods that we are using should be the standard.

I agree with him which is why the Franchise Brokers Association has worked hard to make sure our franchise brokers are educated and knowledgeable about the franchises they introduce franchise buyers to.

I’m writing this blog to highlight some of those differences. I personally believe the differences are dramatic and that a franchise buyer should be wary in working with brokers who don’t perform the “FBA Way.”

Franchise Brokers are not created equally. It is an unregulated and often unstructured industry. The way many franchise brokers work is they are trained by their networks to not concern themselves with the Franchise Disclosure Document (“FDD”) or other critical elements of the franchise systems which they represent.

If the broker is not allowed, refuses to, or is not trained to review or understand the FDD, but at the same time is required to stay consistent with it, how can the broker do that?  How can they actually abide by the rules if they are not allowed to see, understand or even look at the very document which defines the product they are promoting? If the broker doesn’t read the FDD, how can the broker accurately recommend any franchise to you? They don’t have a true picture of what the product “the franchise” is. The only thing the non-educated broker knows or see is the marketing and sales materials put together by the franchisor. And you should not rely on a sales piece alone in making such an important step as business ownership.

To distinguish themselves, many franchise brokers have been promoting themselves as “consultants” or worse, “experts.” We are not convinced that a broker who fails to understand the FDD and therefore, the franchise they are promoting is either a “consultant” or “expert.” You shouldn’t either.

What’s worse, there are influential members of the International Franchise Association who actually advocate for this “don’t look at what you’re selling” industry standard. Their rationale is the broker network (not the actual broker within the network) should somehow be the entity familiar with the FDD.

We think it’s important to know more than just glossy sales materials. Good franchise brokers should know what to look for in the FDD. They should have a grasp and understanding of the impact of certain items in the disclosure. The disclosure, among other things, is a description of the franchise system’s track record and has an impact on the franchise buyer’s ability to be successful.

We don’t want to turn our head away and say we aren’t going to look at the disclosure because no one else in the industry is.

We are going to look at the disclosure and understand it because we believe that is the right thing to do.  Franchise sales require a huge amount of professional care. It’s a large investment by you and it’s critical that you choose the best people to help you with it.