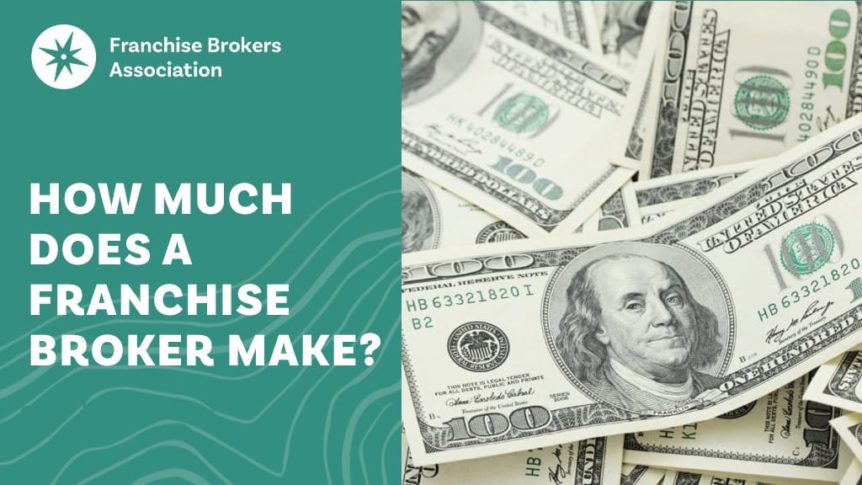 Although the notion of franchising has slowly but surely made its way into the mainstream, there still seems to be a lot of gray area surrounding franchise brokers. For most people, there’s a lot of confusion regarding what a franchise broker does exactly, and how they earn their income.

Let’s gain some clarity on how much franchise brokers make.

You Reap What You Sow

As a general rule of thumb, a franchise broker reaps what they sow. So if you’re a franchise broker, the more you put into your work, the better your output will be. It’s also worth mentioning that the business model followed by most franchise brokers equips brokers with the opportunity to earn a significant income. When you’re trained to succeed, it’s hard to fail.

Having said that, however, in order to determine how much you’ll really make, you also need to account for the time, effort, and skill that you possess and apply to their work. In addition to putting in the time, you must build your skills and put in a significant amount of active effort, which includes following up with clients, marketing, and building your referral network.

How Franchise Brokers Get Paid

If you’re considering becoming a franchise broker, then it’s important to understand how you’ll get paid. To accurately estimate the amount of money that a franchise broker makes, you should know that franchise brokers are only paid a referral fee when they’re successful in matching one of their candidates to a franchise.

Since franchise brokers are hired by franchise companies to find and qualify prospects for franchises, prospective franchisees are often introduced to a broker network. In the instance that a franchise broker is successful in making a sale, they’re typically paid 40-50% of the franchise fee, and sometimes even more than that.

A General Estimate: How Much Do Franchise Brokers Make?

Want to Become a Franchise Broker?